Nintendo Europe held a knit-or-crochet-your-own-Yoshi competition after the release of Yoshi’s Woolly World (Amazon link). And I thought to put it on another level by crochet a Yoshi by my own design while writing a pattern for it, too. I also mentioned that there is also a pattern available for my Yoshi. Nintendo Europe didn’t care as at the end there were a lot of mostly ugly Yoshi’s on the winner list made from existing patterns that can be found on ravelry etc. Quite disappointing.

Anyway, it has been my most complex design so far and I’ve learned quite a lot from this project. And even that it didn’t found any attention in the competition I’m very proud of my little Yoshi Amigurumi and I’m so happy and amazed about every little Yoshi made by others using my pattern. ♡ 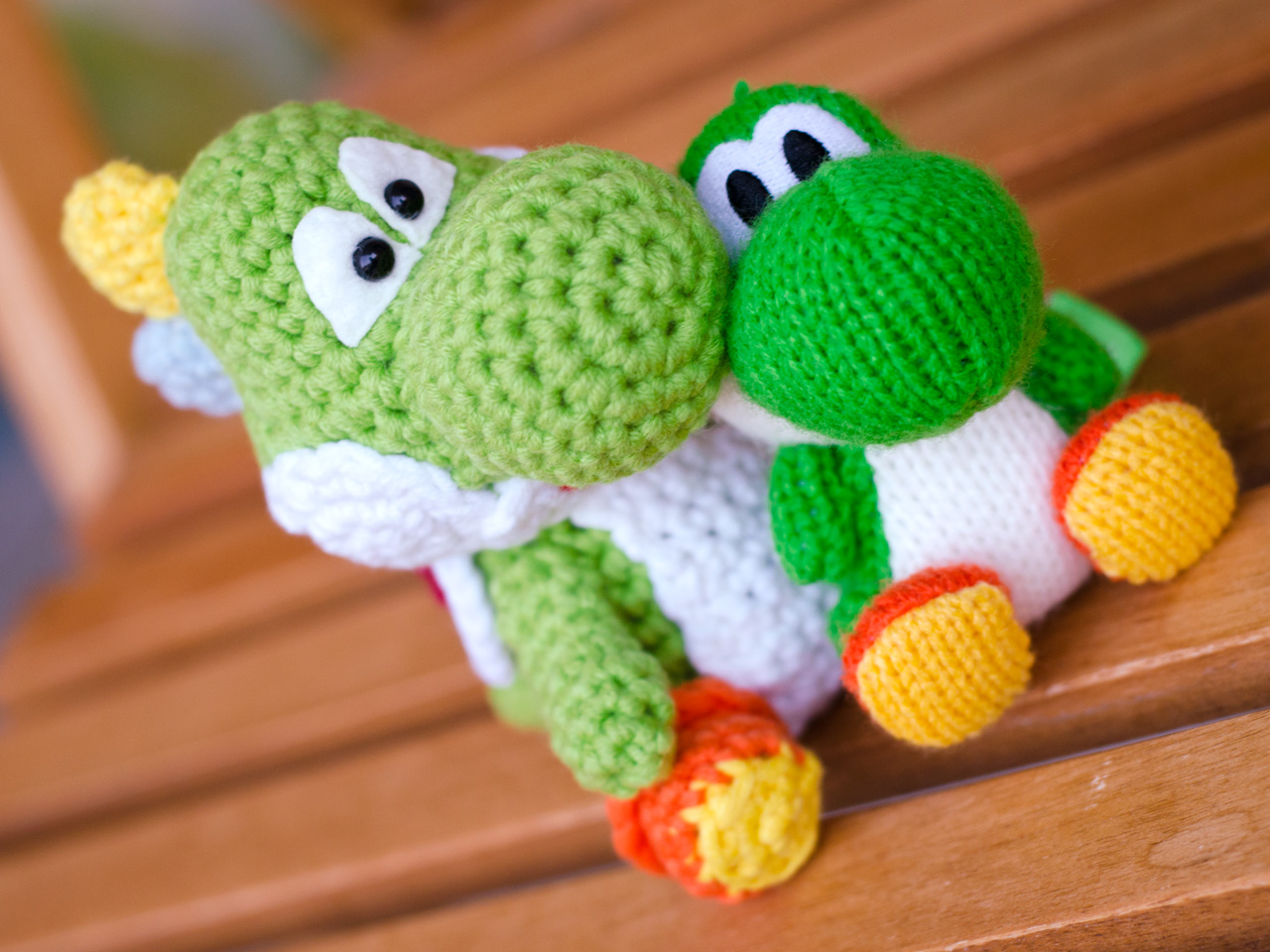 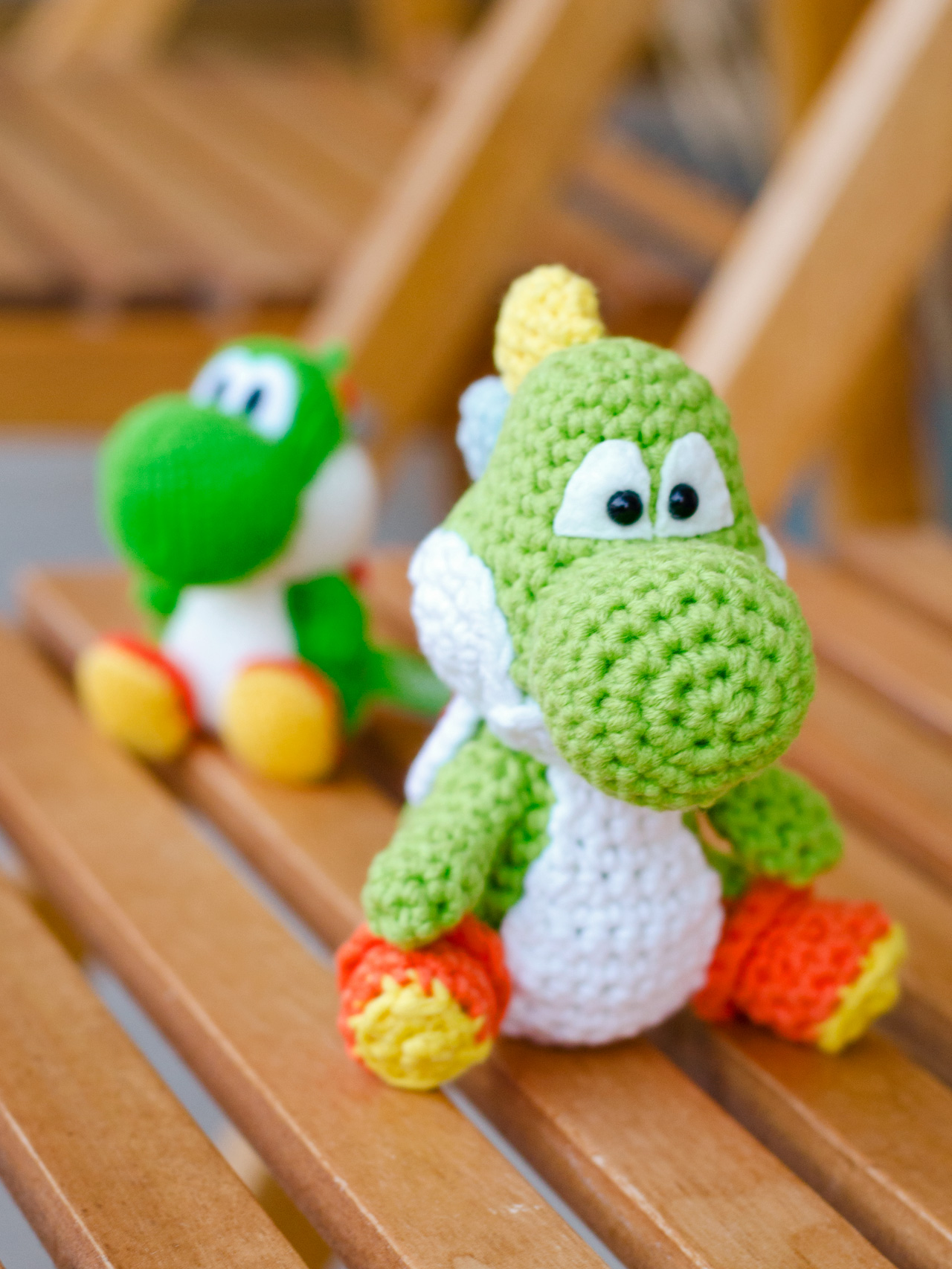 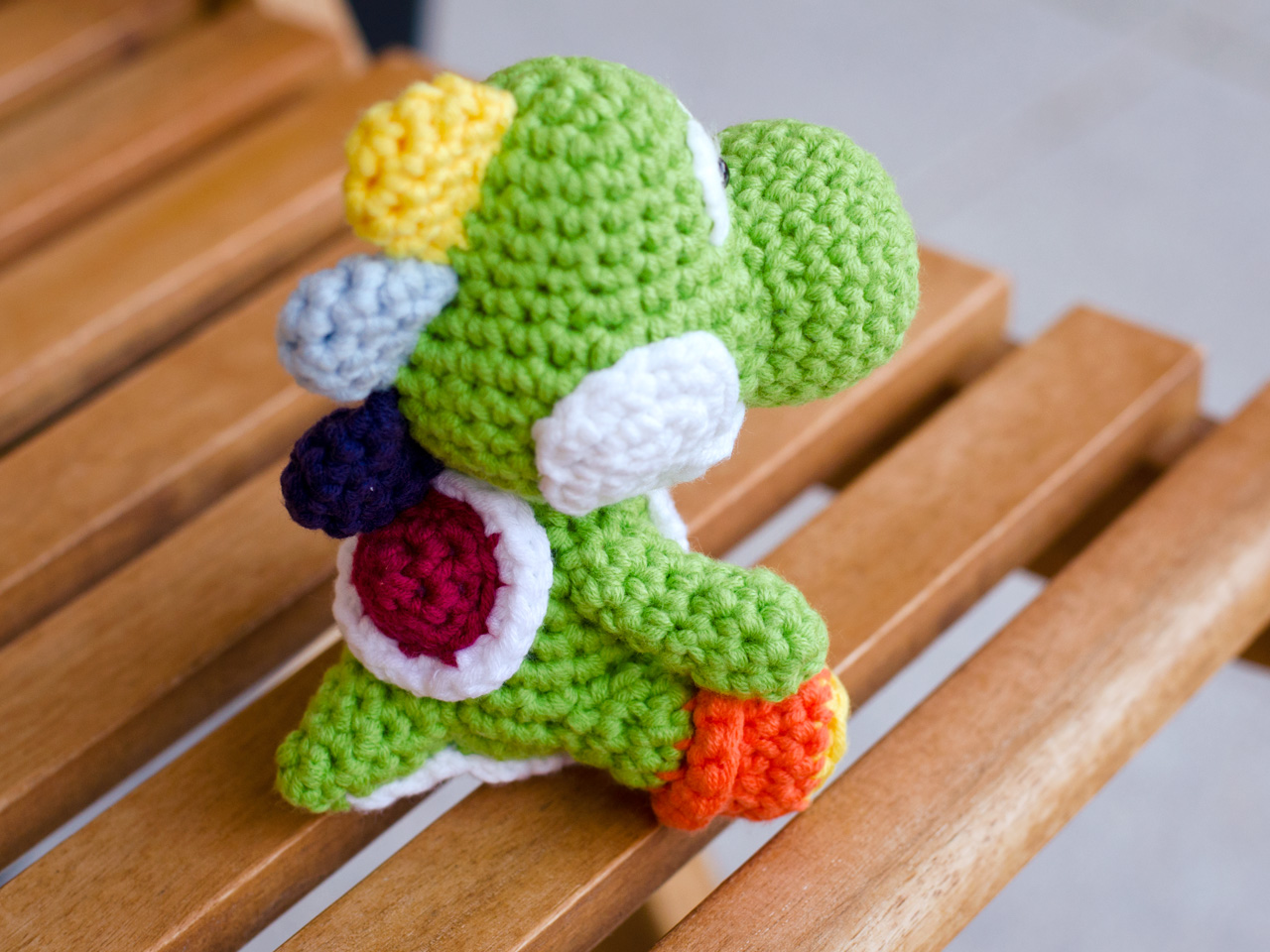 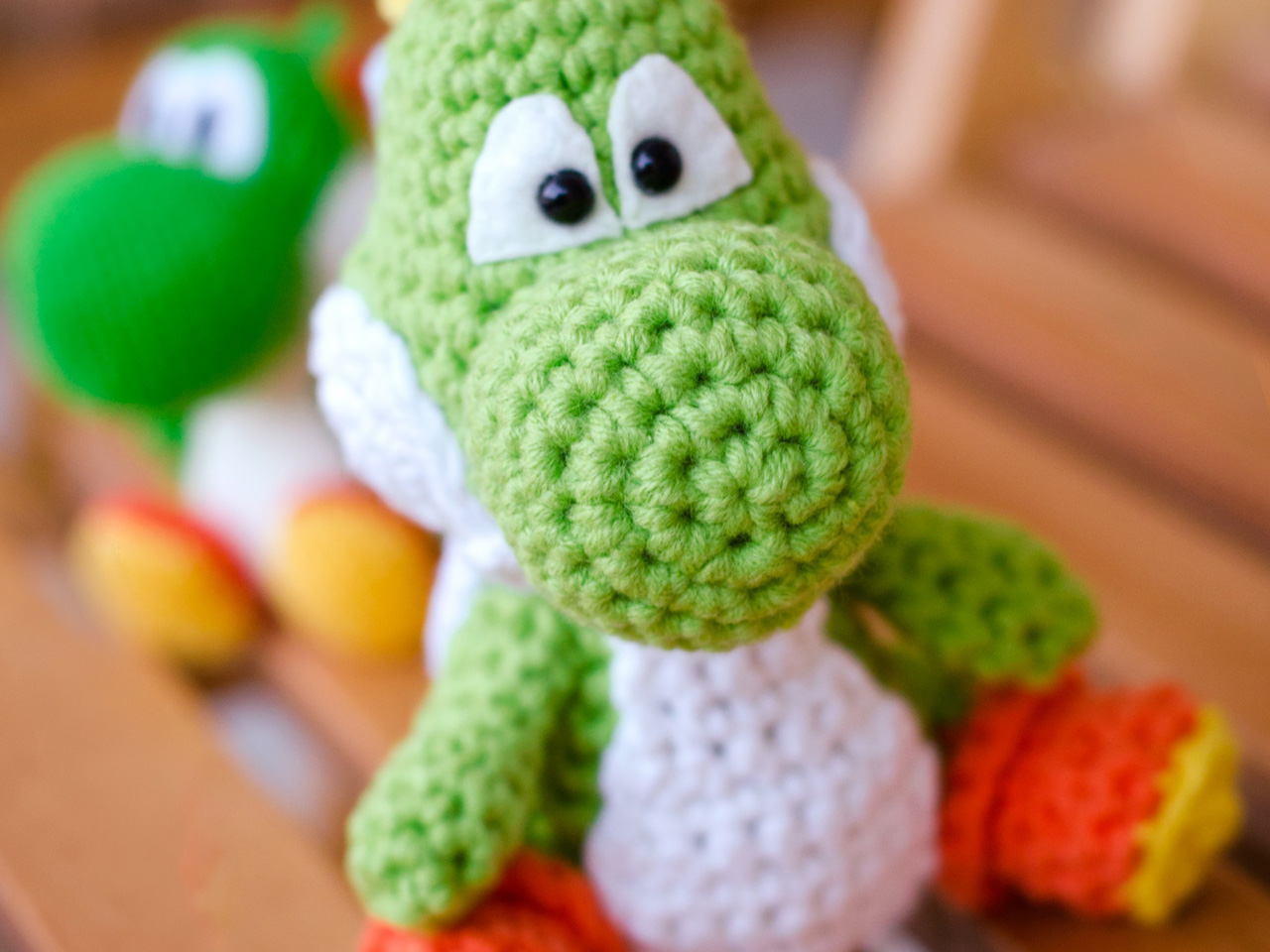 The knitted version seen on the photos is the official licensed Yarn Yoshi Amiibo (Amazon link) by Nintendo.