I’ve found a Piranha Plant pattern on ravelry some time ago and wanted to make this one since the very first time I saw it. As a friend was going to celebrate his 30th birthday it was the perfect time for finally making it as he loves Super Mario (Amazon link)! 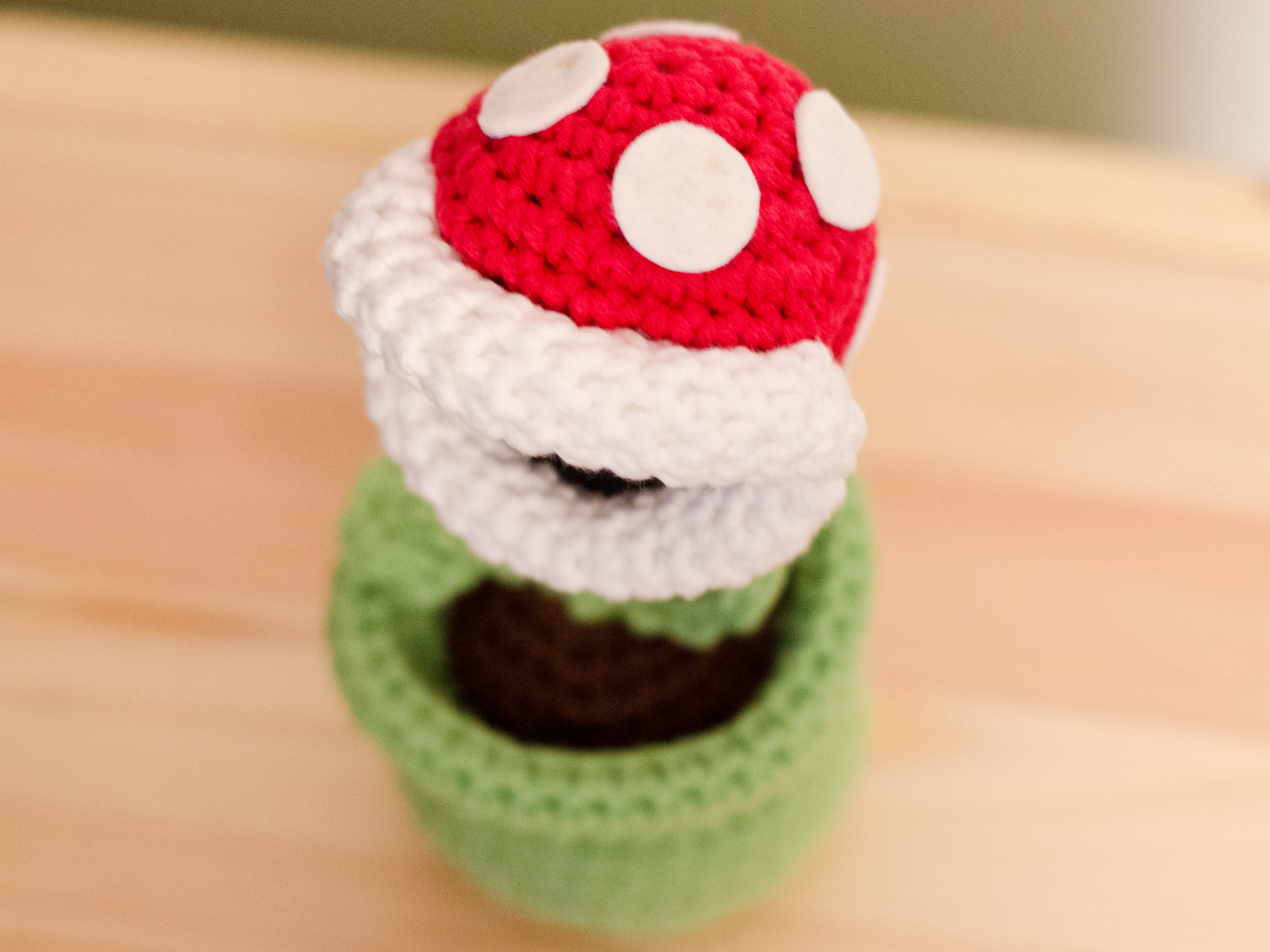 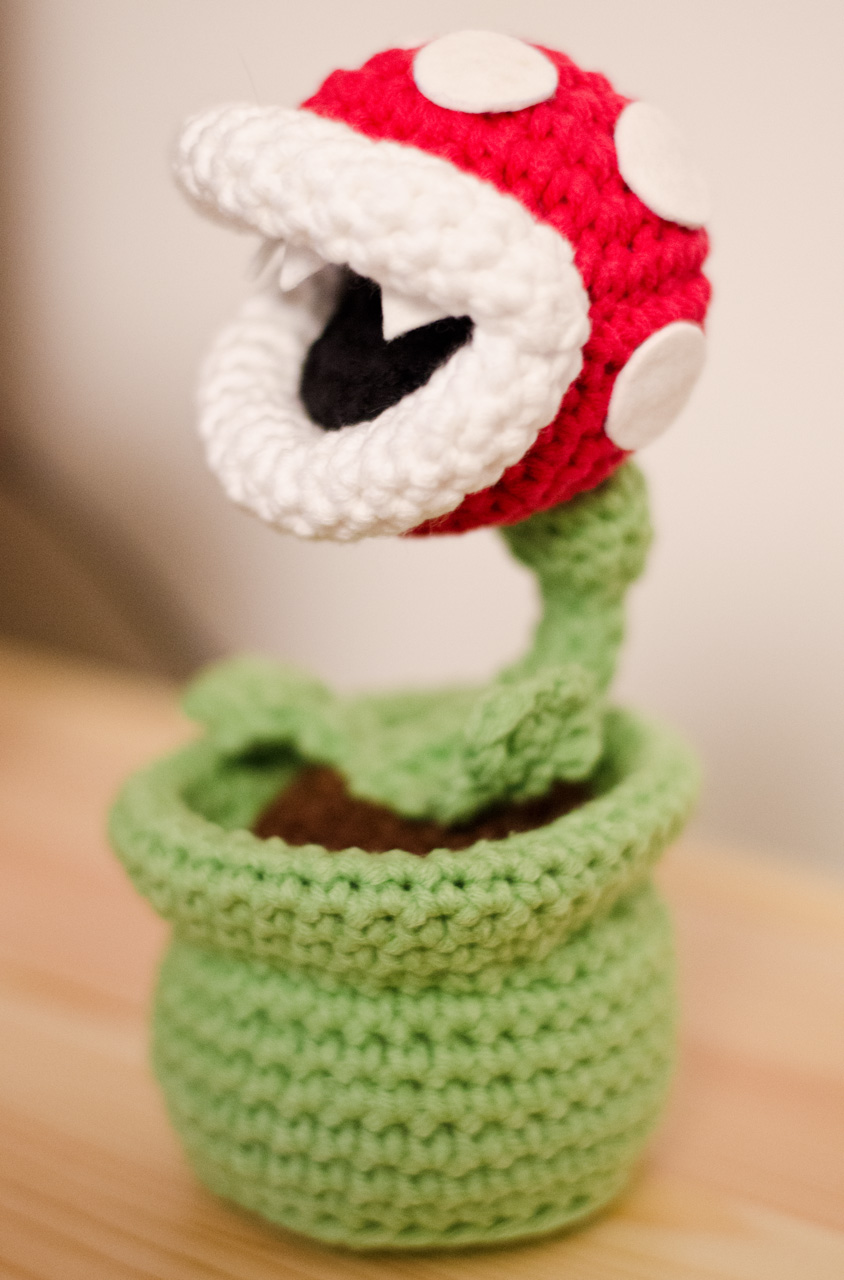 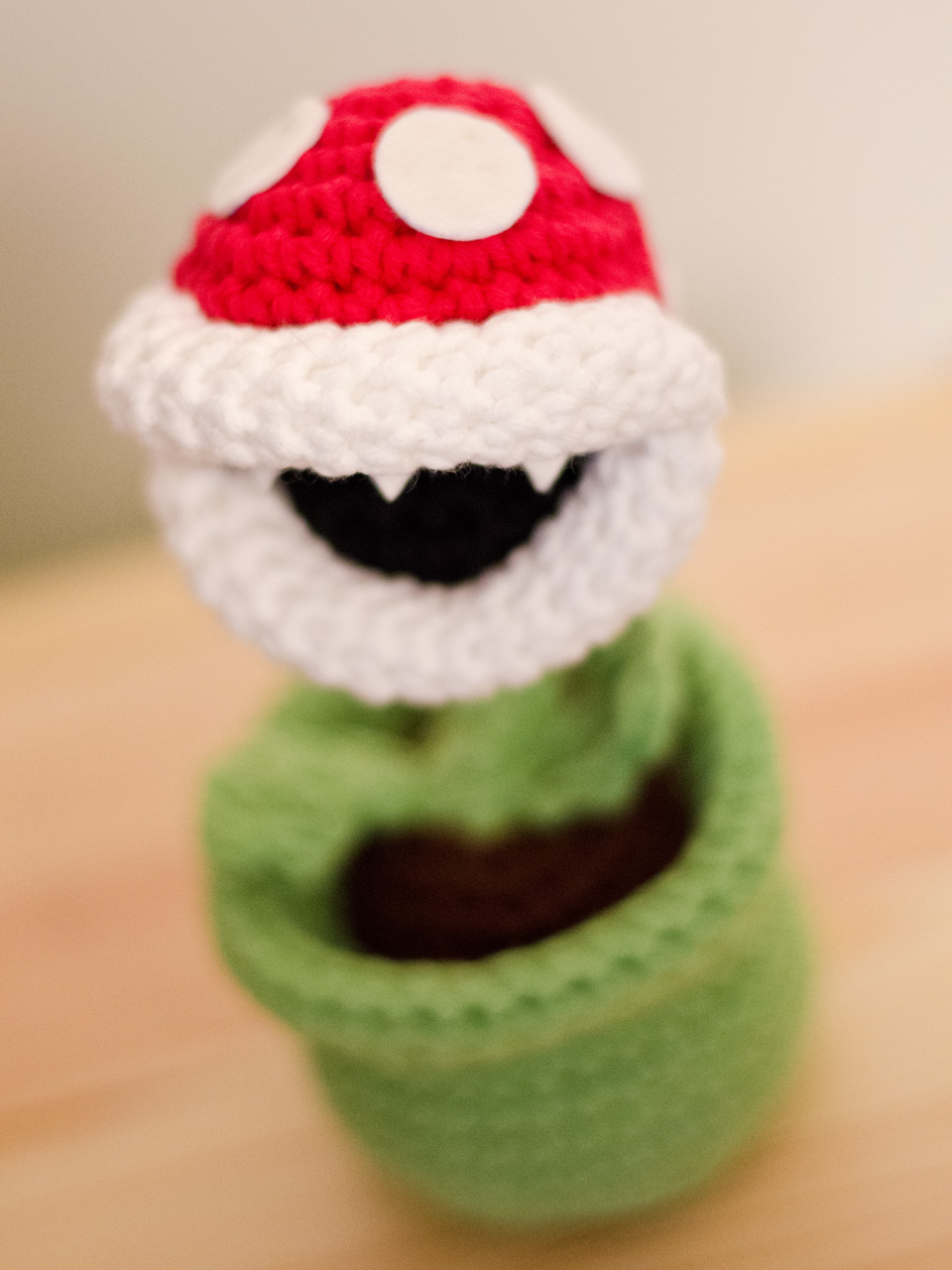 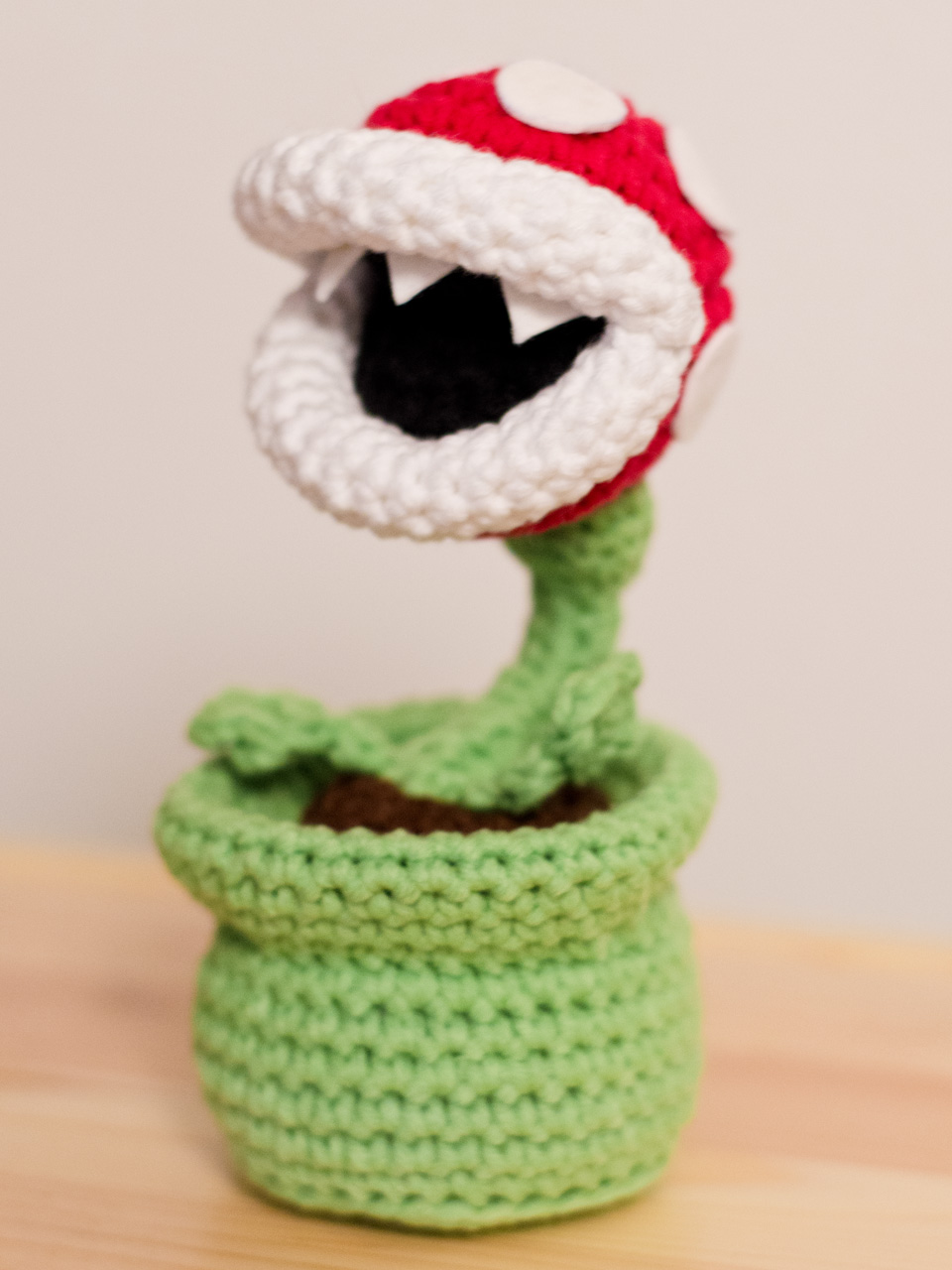 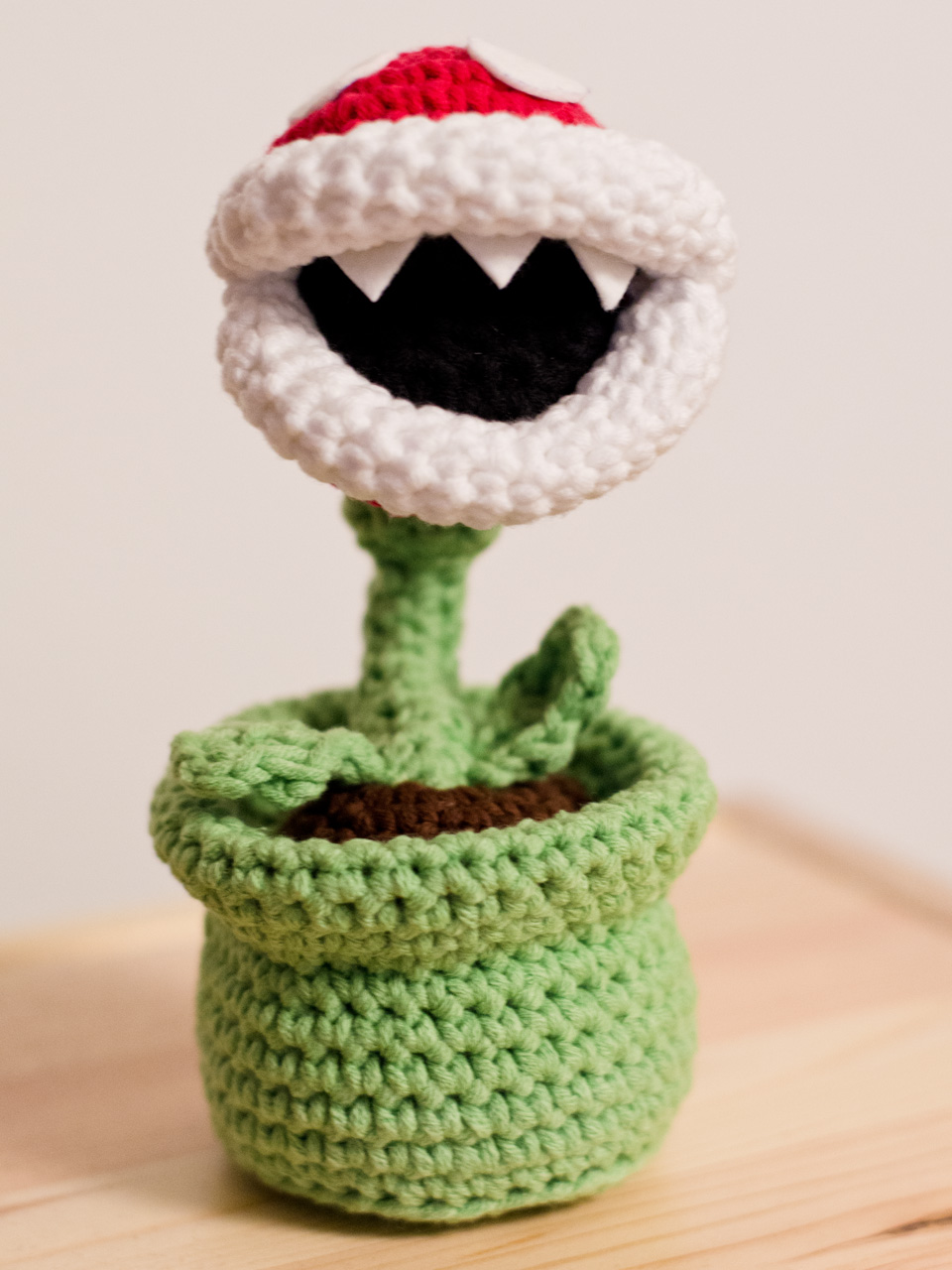 First of all, this pattern has to be handled with care. The frustration potential is extremely high for several reasons: All in all the pattern instructions aren’t very clear most of the time, some things aren’t even noted as for example the neck part. »Roll up and sew.« – Okay, but how? On the photos you can see that the neck is more like a ball. After doing some photo research I’ve sewn the neck seams together forming a pipe and then closing the end parts forming a ball around the two pipe cleaners I wrapped around each other and put through stem and head. I’ve sewn it to the stem and head to fix it.

And here we go to the next problem: The stability. The plant is extremely top-heavy and two pipe cleaners weren’t stable enough to keep the head up. I’m sure that even three pipe cleaners wouldn’t be enough to keep it up. In a pinch I’ve just formed the stem like a »U« back behind and sew the lower third part onto the soil.

And last but not least the assembly order is completely unhandy. It’s way better to sew the plant parts together first, than sewing the plant onto the soil together with the two leafs. After all of that attach the soil to the pot to close it. Next time I would roll a piece of cardboard and put it into the pot to form a more pipe-like shape before filling it. To make the pot heavier and more stable I’ve put in some Cents on the bottom as my filling pellets weren’t heavy enough.