I’m most productive under pressure and this has been in a just-in-time birthday gift. I finished little Doctor Who (Amazon link) character »Ood« 30 minutes before the party started while waiting at the DEZ shopping center in Regensburg for hubby to pick me up. I took the photos with my mobile phone at the shopping center, too. (^_^)#

I’ve been using a smaller hook for doing the tentacle: 4.0 mm instead of 5.0 mm. Other than in the pattern my Ood has got four instead of three tentacle. I wasn’t quite sure about the row in which to place the safety eyes. I’ve put them into Row 12 and left 8 stitches between them. The ball is an add-on which isn’t part of the pattern. It’s just a simple ball with the yarn end attached to little Ood. 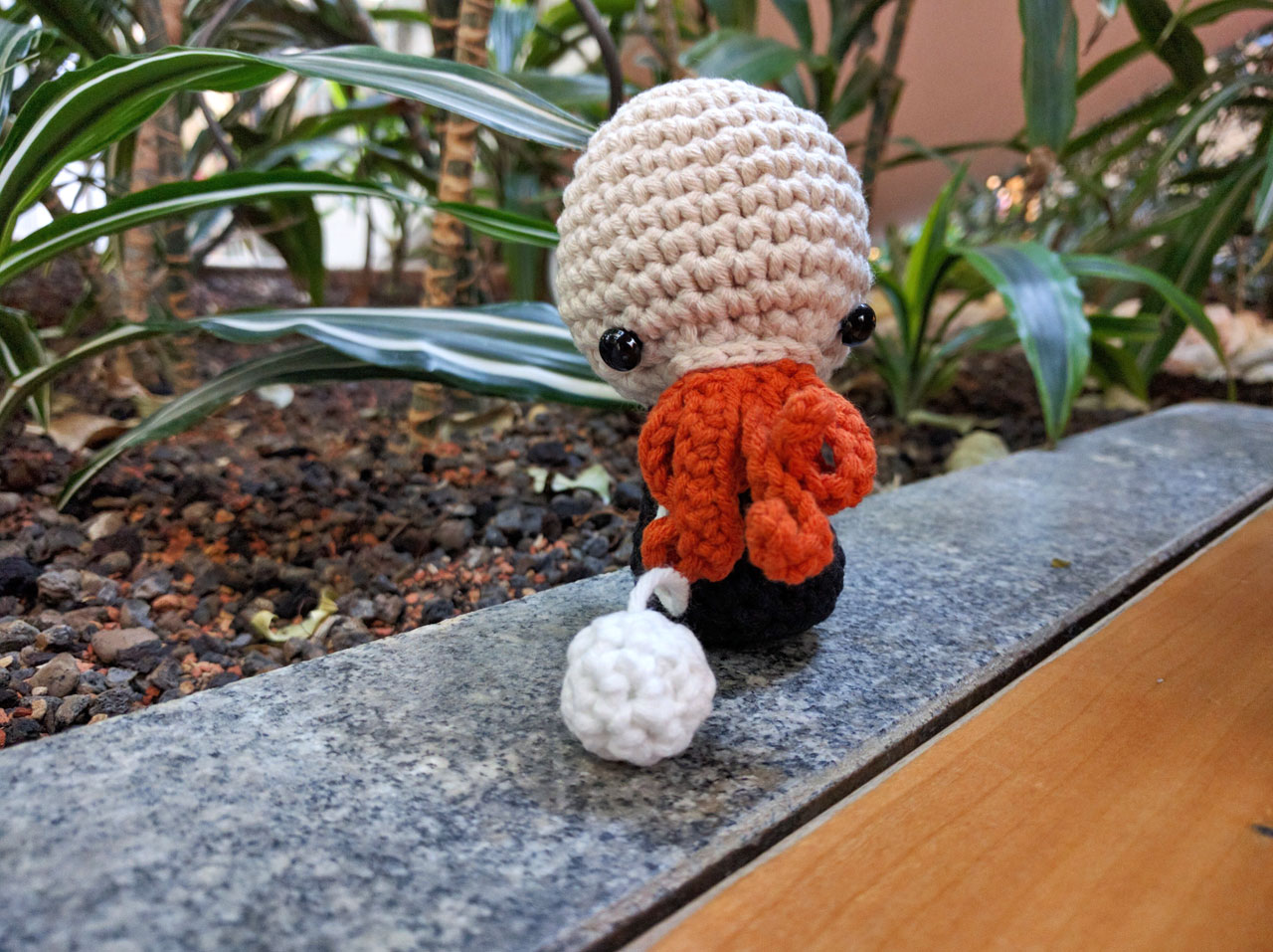 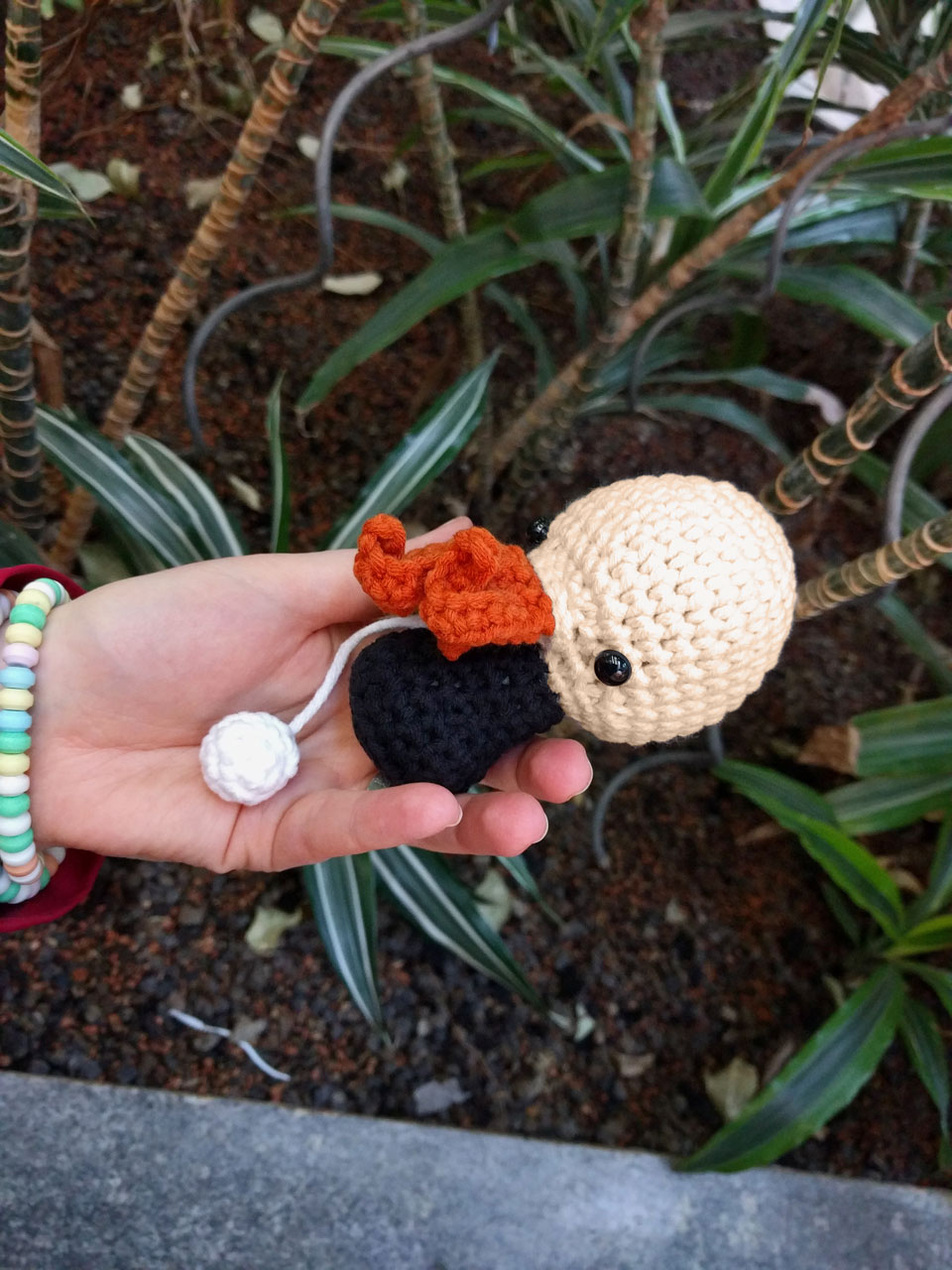 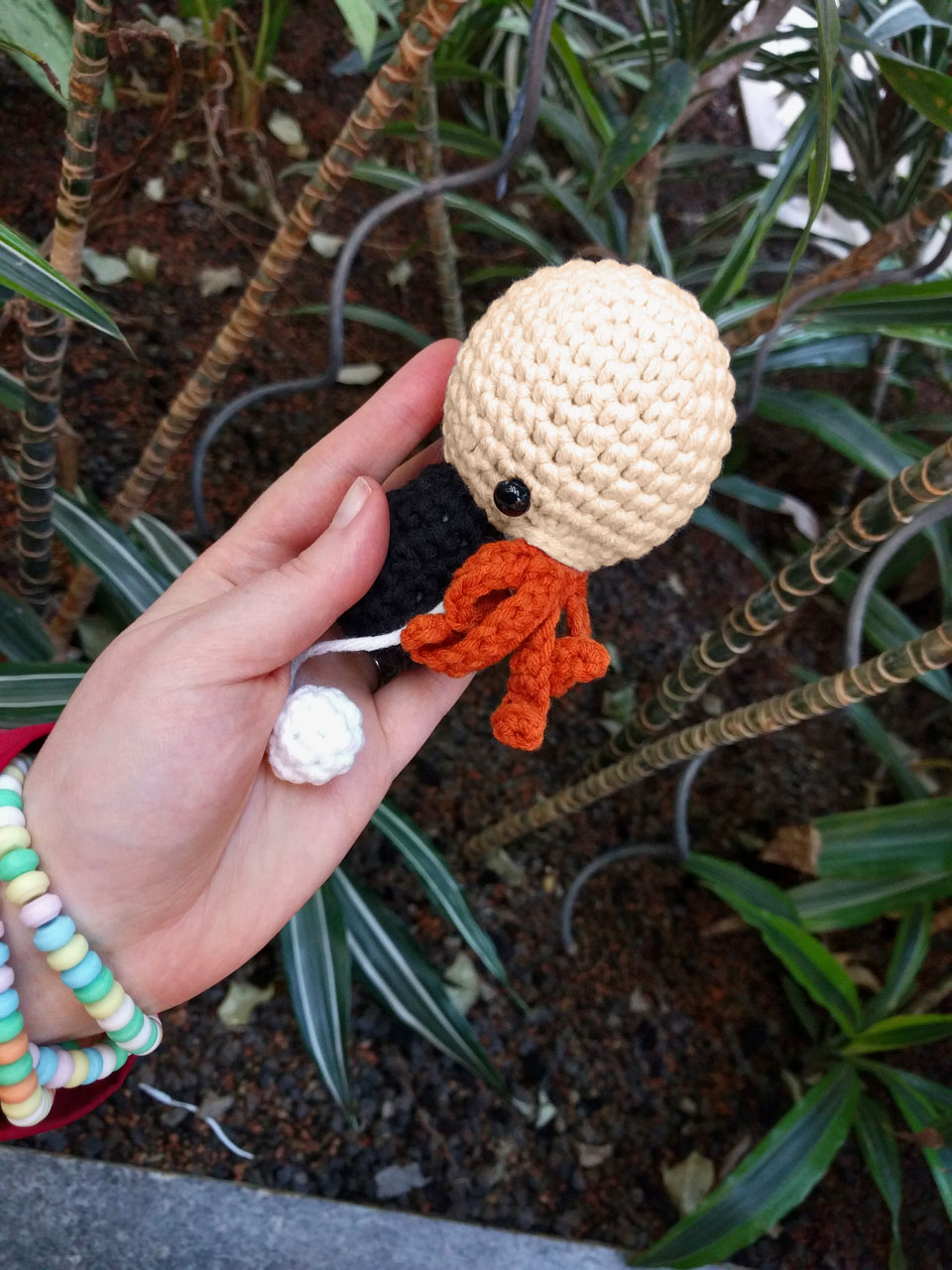 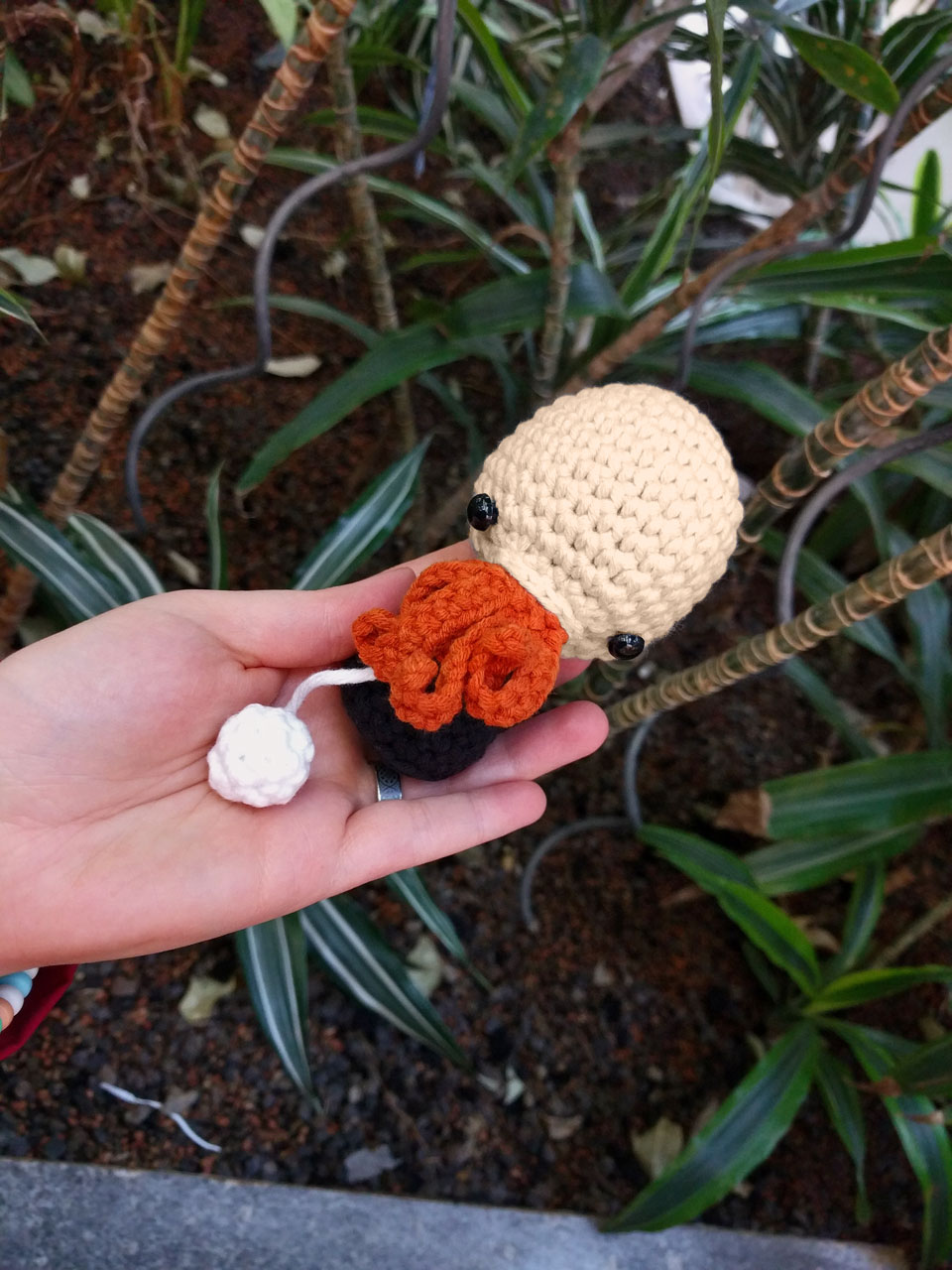 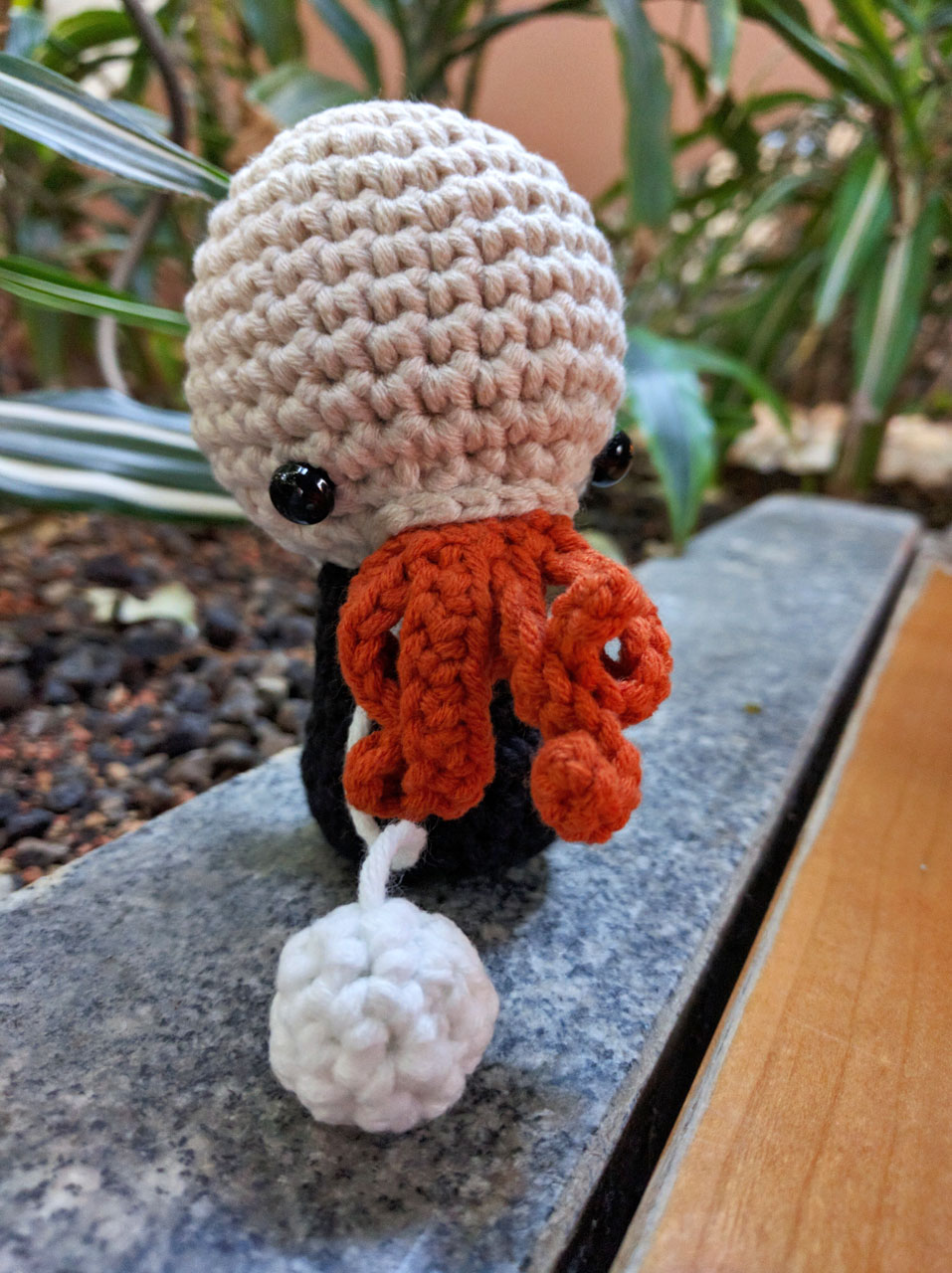